Exotic Cake Names: A Cake By Any Other Name Would Still Be Cake

If I were to tell you that I had tea with a Battenburg, what would you think? Maybe  that I was entertaining an aristocrat from a European country.

Sorry to disappoint you, but a Battenburg is what you might recognize as a checkerboard or domino cake. It belongs to a series of exotic cake names that continue to enthrall foodies. The Battenburg consists of alternating squares of sponge cake of two different colours joined together with jam, and the whole wrapped in a thick layer of marzipan When sliced, it looks very interesting and impressive and makes you wonder how it was achieved.

Once I served it to a guest and he was so impressed by the appearance and taste that I just had to wrap up the remainder and send it home with him. Nineteenth century royalty must have been just as impressed by the Battenburg as my visitor. The cake is said to have been created to celebrate the wedding of Princess Victoria (grand daughter of Queen Victoria) to Prince Louis of Battenburg. Another, less popular theory holds that it is named after the four Princes of Battenburg, Louis and his three brothers.

The seemingly complicated structure of the Battenburg had always intrigued me until I came upon the recipe. Apparently all you need is two rectangular cakes of contrasting colour. Cut each longitudinally, spread them with jam, join the alternating colours together and cover on all sides with marzipan. When sliced, it will show the checkerboard pattern. Now doesn’t that sound simple?

Another cake to draw its name from royalty is the Victoria sponge. Although named after Queen Victoria, ruler of the powerful British Empire in the 19th century, the Victoria sponge cake is said o have been created by the Duchess of Bedford. The Duchess, who was one of Queen Victoria’s ladies-in-waiting, popularized this cake and also set the fashion for afternoon tea. Afternoon tea, with its thin cucumber sandwiches, scones with jam and cream, and light-as-air sponge cakes, is perhaps the longest lasting ritual that still survives in former British colonies.

The Victoria sponge is a light and airy cake traditionally made with equal amounts of butter, sugar and flour, with the addition of eggs. The sugar and butter are creamed together, the eggs are added and then the dry ingredients(flour and baking powder). After baking, the cakes are sandwiched together with jam and cream and the top is lightly dusted with icing sugar or caster sugar. Due to this technique, it is also called the Victoria sandwich. The sponge part of the cake name derives from its “firm yet well-aerated texture” rather like a sea sponge.

The basic sponge cake or pound cake as it is also known is behind several exotic cake names like the swiss roll and the bundt. It is used to make the aforementioned Battenburg as well as that failsafe dessert that every hostess relies upon: the fruit trifle.

Another light and airy cake is the Chiffon cake. Its lighter texture comes from using oil instead of butter and whipped egg whites instead of whole eggs. I once came across a particularly light Orange Chiffon cake and the lady who had made it attributed its lightness to the cupful of fizzy orange drink that she had added to the original recipe.

In 1927, Harry Baker invented the Chiffon cake in Los Angeles and it became very popular in Hollywood. Although this cake comes in many flavours, Lemon Chiffon cake is the most popular and often forms the base for traditional wedding cake. This cake is loved so much in the United States that 29th March is celebrated as National Lemon Chiffon Cake Day, an unofficial holiday/festival. 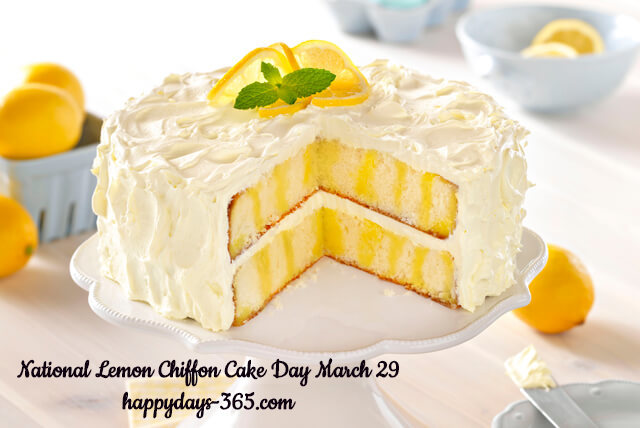 Angel food cake, along with Lemon Chiffon cake belongs to the genre of foam cakes. Foam cakes achieve their texture due to the aeration that occurs while whipping the egg whites. During baking, steam evapourates from the egg whites allowing them to expand.

Angel food cake is even lighter than chiffon cake as it is made without any oil or butter and the ratio of egg whites to flour is quite high (around 12 egg whites to a cup of flour). The resulting super light texture is probably responsible for the celestial cake name.

The Devil’s food cake is the natural counterpart of the Angel food cake, the yin to its yang. It gets its name from the sinful amount of dark chocolate used. It forms the antithesis of the light and airy Angel food cake in that it it is rich and dense. The satanic nomenclature, therefore, is quite appropriate. 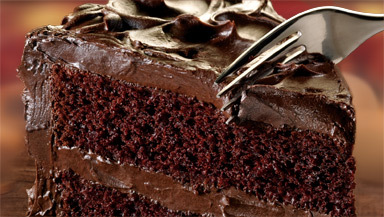 I recently discovered an interesting fact about the Devil’s food cake. This factoid is a mini chemistry lesson. An additional amount of baking soda is used in devil’s food cake; this raises the pH level of the mix making the cake a deeper richer colour. All said and done, Devil’s food cake is just an extra rich and extra dark chocolate cake.

Speaking of chocolate cake, there are innumerable kinds equally numerous cake names. Going into all of them will require separate time and space. I began this piece out of curiosity about the Battenburg but to quote Alice, it became “curiouser and curiouser”  along the way. By the way, I love Quoting Alice in Wonderland. This ‘Chronicle of Cakes’ will require a sequel, so see you in Part II.