“Unmarriageable–Pride & Prejudice in Pakistan” by Soniah Kamal is a book I discovered at the Lahore Literary Festival in February this year. Written by a young Pakistani woman, it follows the original loyally. It manages also, to draw parallels with modern society in Pakistan and abroad. 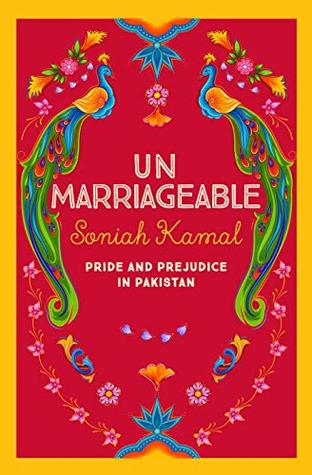 Unmarriageable strikes a chord with us because despite having come a long way, educated middle class Pakistani women are still considered successful only if they marry well.Like Jane Austen, Soniah Kamal makes us laugh at some of her characters: the absurdities of Mrs. Binat (Mrs. Bennet) and Kaleen (Mr. Collins).

Soniah Kamal’s characters use cell phones, computers andcars. Surprisingly, they hold us enthralled as much as Jane Austen’s characters who travelled in horse drawn carriages.

Soniah Kamal manages to showcase many social ills like brand consciousness and ostentatious weddings prevalent in Pakistan. Yet she also lets us rejoice in the good aspects of Pakistani society. Female entrepreneurship and imparting of free education to the underprivileged are just two examples.

The only thing about Soniah Kamal’s book that I do not like are the names of some of the characters. You would never find a name like Joergullah or dayBagh anywhere in Pakistan. I do not agree with some of her views on religion–but you do not have to agree with something to appreciate it.

Soniah Kamal sets herself many challenges: to write in the style of Jane Austen, to move the setting to the present day and to change the location to Pakistan. She manages to sail through each challenge with flying colours.

In the final analysis, Unmarriageable–Pride and Prejudice in Pakistan is a book that I would like to have written. In my book (pun not intended), that is the highest praise that I can give anyone.